Express FC head coach Wasswa Bbosa will return to the touchline after completing his three-match touchline suspension as the Red Eagles make a trip to Lugogo to face Police FC.

The two sides will lock horns on Tuesday November 2nd at MTN Omondi stadium in Lugogo in matchday five of the StarTimes Uganda Premier League.

Express FC are looking to pick up a second win of the season against the Cops and Bbosa is confident that his side will pick maximum points on Tuesday.

“We’ve since been making corrections since Saturday, the players did their best on the day but we all felt we needed to do better and I believe we’re ready,” Bbosa said before adding.

“Police is a decent side even though they’ve lost four games I think they’re still a great side with good players so it won’t be easy but we shall endeavour to get the maximum points,” he added.

Express FC will be without skipper Enock Walusimbi who will miss his fourth straight league game.

Meanwhile, Police FC will be looking for their maiden victory this season after losing their opening four league outings. 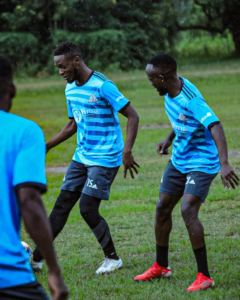